Advertisement
The innovative hair straightener was seven years in development. 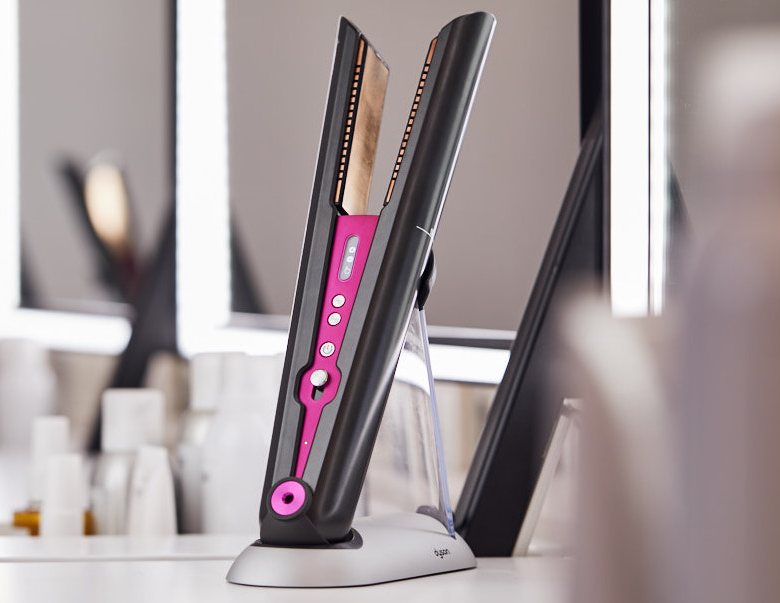 Dyson, the British company behind some of the most talked-about household appliances in history, today announced its latest – the Corrale – a hair-straightening tool that not only boasts never-before-seen technology, it’s also cordless.

Following on from the success of the Dyson Supersonic hair dryer, which launched globally in September 2016, the Corrale straightener is the result of seven years of development, with a £25m (NZ$52.3m) investment in research and development, a £100m (NZ$210m) investment made to hair laboratories globally, employing hundreds of hair scientists, engineers and professionals.

These expert teams studied in detail everything from the structure of hair to airflow dynamics while gaining an unprecedented understanding of thermal, mechanical and chemical damage and the subsequent effects on hair health.

From there came more than 600 hours of user trials, completed in five countries and involving over 800 participants.

The Corrale’s key bragging rights talk to its unique ability to direct any type of hair evenly through the flexible straightening plates, to ensure much more effective styling control, less reliance on heat and therefore less damage to hair.

“Since we first started developing the Supersonic, we have continued to explore the science of style, seeking to understand what makes hair smooth, shiny and glossy, and what makes it dull, damaged and lifeless,” says Dyson founder and chief engineer Sir James Dyson.

“Flat hair irons apply tension and heat only on the thickest part of the hair tress, the strands at the edges are not clamped, leaving them slack, unheated and leaving flyaways,” he explains. “It requires multiple passes on the same section of hair tress to give an even look, by which time excess heat may have caused reduced strength and less gloss.

“We discovered that if the plates could conform to the precise profile of the tress, then with each pass we could apply the correct tension to all the hair strands. This means that we get an enhanced style and without excessive heat damage. We simply do not need the heat that others apply.”

Like the Dyson Supersonic hair dryer and Airwrap styler (which launched internationally in October 2018 though only arrived on-shelf in New Zealand in July 2019), the Corrale straightener features patented intelligent heat control technology.

In the Corrale, this comes in the form of a platinum sensor that measures the temperature 100 times a second, communicates it to a microprocessor, that in turn controls the heating system to deliver precise, accurate heat.

The final key feature likely to set hair fans’ hearts racing is the Corrale’s cord-free factor. It’s powered instead by a four-cell lithium-ion battery that fully charges (on universal voltage) in 70 minutes and provides up to 30 minutes of use in between – and still delivers the same thermal performance of a corded product.

A nifty flight mode feature ensures the device meets air travel standards and can be packed in cabin luggage for travel.